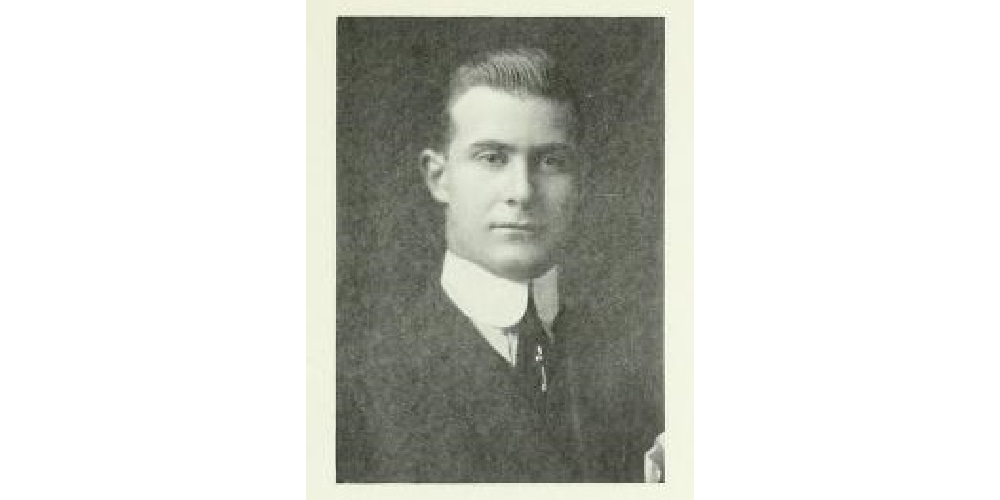 Under the eaves… Volume 3 Issue 1

George Wilmarth Nickel was Henry Miller’s first Grandchild and was born in San Francisco on February 2, 1887 to James Leroy Nickel and Nellie Miller Nickel.   In 1887, Henry Miller was acquiring more land in the San Joaquin Valley and beginning to think about the canals he would build.  Henry was also taking over complete control of the Miller & Lux cattle empire, his partner of 30 years, Charles Lux had died.

After graduation from Yale in 1910, George began working for Miller & Lux as a Foreman at the Santa Rita Ranch near Los Banos.  On September 10, 1910, George was shot in the chest by V. Padula, an unhappy ranch worker.  George was driving to one of the ranches in his automobile when the shooting occurred.  After the shooting, George, was found bleeding in his car by some other ranch workers.  A special train from Fresno was put together and made a record run to San Francisco to take George to the hospital.  A doctor from Los Banos and two nurses accompanied George on the trip to San Francisco.  George convalesced at his parents’ Menlo Park home, and was there during the 1912 Census.

Padula, convicted on January 13, 1911 of assault with intent to kill, was given an indeterminate sentence at San Quentin.  On July 26, 1924, reported in the Lyon County Reporter of Rock Rapids, Lyon County, Iowa;

‘Padula had been fatally shot while battling the guards with a piece of gas pipe.’

On April 6, 1915, in San Francisco, he married Ernestine, daughter of George W. and Etta (Tucker) McNear.  A daughter, Sarah Miller Nickel, was born in San Francisco, January 30, 1916.   One of George’s best friends was S. F. B. Morse, who founded the Del Monte Properties at Pebble Beach.  The two of them went to Yale, and graduated from Yale together.  S. F. B. Morse was best man when Ernestine and George were married.  The couple went on to have three more children; George Wilmarth Nickel, Jr., Mary Ernestine Nickel and John Beverly Nickel.

World War I began in 1914 and the United States declared war on Germany on April 6, 1917.  George’s younger brother James Leroy Nickel, Jr., was a student at Yale in 1914, and joined the French Army as a Private.  James drove a truck with ammunition to the front for the French Army until 1917, then joined the American Forces until the end of the war.  In 1917, George and his cousin, George M. Bowles, entered officer’s training camp.  George Wilmarth’s draft registration card, filled out in Merced County on June 5, 1917, listed him as a farmer, married and with 1 child.

After George Jr. was born, in November of 1917, the family lived at the Ortigalita Ranch near Los Banos, for a year or two, and then moved to the Delta Ranch.  George Sr. was the head of the Delta Ranch operations of Miller & Lux at that time.   At one time, all the ranches were part of the original properties that Henry Miller acquired called the Santa Rita Ranch.  Later, there were various portions of it broken up and given different names, including the Delta Ranch, Ortigalita Ranch, and the San Juan Ranch.  On November 28, 1928, the Berkeley Daily Gazette, noted that;

‘2200 acres of land near Los Banos was sold by George W. Nickel of the Miller & Lux land department through a broker.  Nickel said he understood that an oil company was contemplating drilling operations as soon as new equipment could be assembled.’

In 1922, the family moved to Burlingame so that George could be near his doctor and the hospital in San Francisco.  In late 1930, George purchased property in Los Altos.  He bought a nice old house and about forty-five acres.  It had an orchard and swimming pool.  He decided to call it Los Cinco Centavos.  In the 1930 census, George had changed his profession from farmer to Real Estate Broker.  By the 1940’s census, George had again changed his profession.  He was now a Stock Broker.

George’s three great passion’s, according to his son George W. Nickel, Jr., were golfing, duck hunting and women (that were not his wife).  His passion for golfing he pursed at Pebble Beach with friend S.F.B. Morse, they even began publishing a magazine called The Fairways.  He duck hunted with his nephew, George Bowles in Los Banos.  The third is not our business other than George, Jr., stated in Following the Cattle King;

‘He got around quite a bit and had himself a good time.’

‘as a beautiful lady, physically very attractive, very bright and constructive and a wonderful mother…what she did in the way of substantial and worthwhile things, when my father wasn’t doing well, was amazing.  She got into the dress business and had a very successful operation in Burlingame first, and then subsequently she had a lovely shop in the City of Paris in San Francisco, called Ernestine’s.  Then she also was in the real estate business.  My father was spending too much of his time and money on golf, and I think on some other ladies at times.’

John and George Nickel, Jr. filed a law suit early in 1954, along with another great grandchild of cattle baron Henry Miller, Mary Lombardi of San Rafael.  They accused the trustees of the Miller & Lux estate, principally their uncle James LeRoy Nickel, Jr. of mismanagement and fraud that had lasted for the twenty-five years he had been on the Board.  The families became embroiled in numerous law suits during this time.  (If you would like to read more about this aspect of the Miller Legacy, check out Flooding the Courtrooms by Mary Miller.  I will not be covering the court battles in Under the eaves…, I am not a lawyer and do not have the expertise to cover the issues properly.)

George Wilmarth Nickels passed away on February 23, 1962.  At that time, he was living in Pebble Beach, Monterey, California.  He was 75 years old.

I hope that you found this story interesting and enjoyed learning more about George Wilmarth Nickel.  Next, we will explore the life of Beatrice Sarah Nickel.   Questions and comments are always welcome.  Contact me;  (Patti Perino) at 408-410-1495 or email at millerredbarn@outlook.com

If you would prefer to not receive emails regarding The Miller Red Barn, please respond with “unsubscribe.”

If you have not read all of the stories about Henry Miller and would like to “catch up” they are posted on our website at;     https://millerredbarn.org

in the Blog section.

If you or your company shop amazon.com for supplies, gifts or special things, please register with smile.amazon and select The Miller Red Barn (https://smile.amazon.com/ch/81-2628343).  We will receive a percentage of each purchase you make, at no additional cost to you.